The secret to this Better Italian Stuffed Peppers recipe isn’t anything crazy, so why does no one do it? I guess it took a hater of stuffed peppers to make the magic happen.

My friend recently had her little boy in the hospital with a bad case of pneumonia. Anytime a child, especially one that’s still a young toddler ends up in the hospital, my heart lurches into the reality of time and love. It seems only yesterday and somehow a million years ago that I was lying in a hospital fighting to survive along with an unborn baby doing the same thing, but at my own expense. I lack an awful lot in life, certainly when it comes to parenting, but times like these always remind me of one thing, and I hope it will make sense to say it, at least I’m here.

I may not make perfect decisions or respond to situations perfectly, but oh how I perfectly ache to be a good mother. To remember to love them and to strive a little more to extend that love to those outside of my home. As I honor the gift of motherhood I find myself wondering, what is the secret to motherhood with joy?

My friend’s son made it out of a much longer stay in the hospital than expected. She had so much on her plate and could have lost faith in tomorrow, in medicine, even in God, but she continued on, giving all she could muster each day for him.

I guess that’s it. All I can do it strive each day to begin again and remember that though tempted to lose faith in many things, myself, people and the world, God never loses faith in those things. Maybe I won’t end up with adult children that think I was the best mom, but maybe they will think I was trying to love them. Maybe that’s enough. Just to try to love. 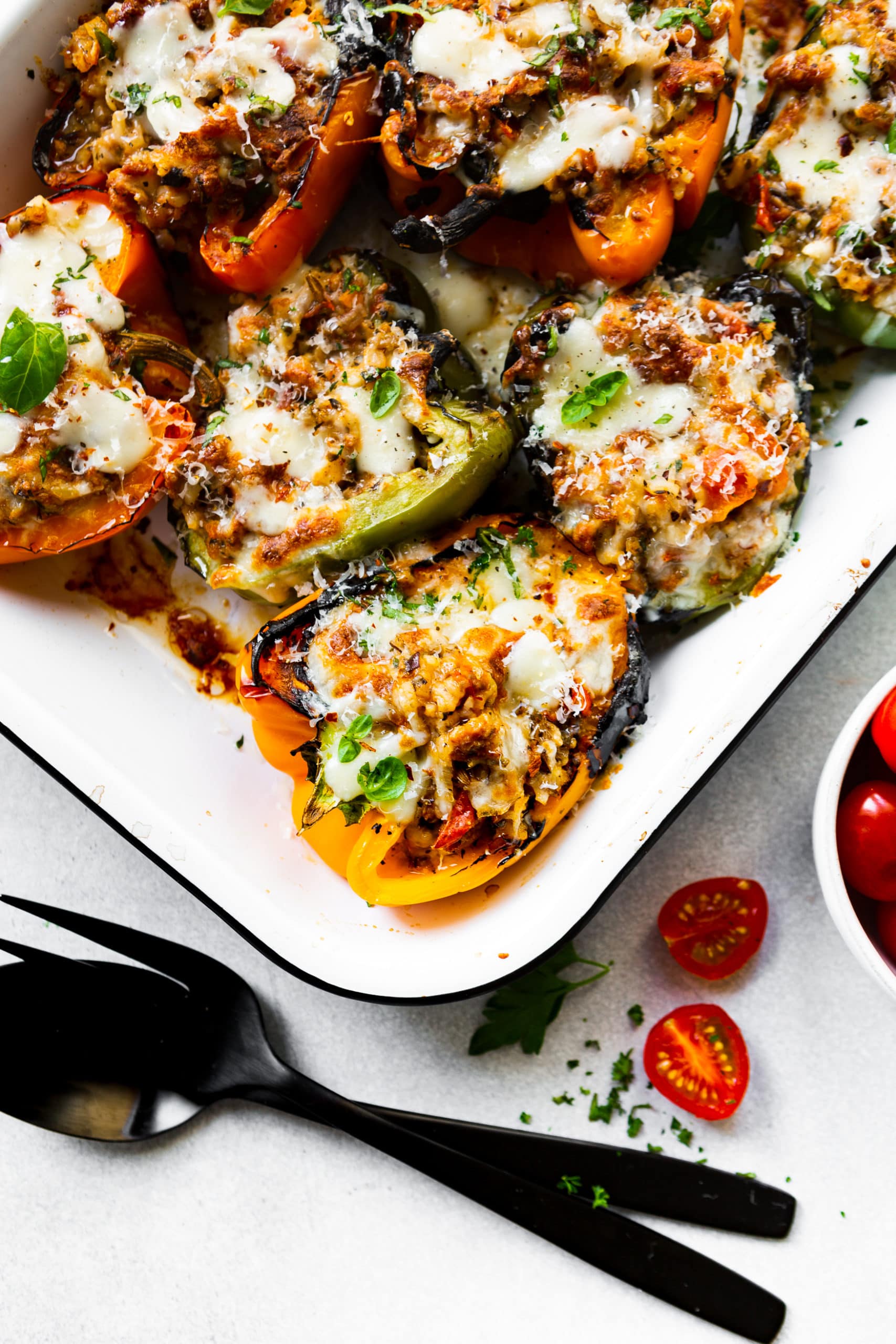 Now what’s this babble got to do with stuffed peppers?

Well, I failed at making them and hated eating them no matter who made them. I lost faith in recipes like this one. Until one day the thought came to me that I could char the peppers, thus bringing more flavor and a new texture that was more pleasing to the palette. That’s the secret!

How to Roast Peppers on the Stovetop

My favorite way to char bell peppers is right on the stovetop of a gas stove. I like to cut the peppers in half then place them right over the flame with the heat on high skin side down. Turn them with tongs until they are charred on all sides.

Place the peppers in a bowl and cover them with plastic wrap so they can sweat. The skin will loosen as the peppers steam.

If you don’t have a gas stove, you can char peppers in the oven using the broil setting. Turn the peppers every couple of minutes so they get charred on all sides. 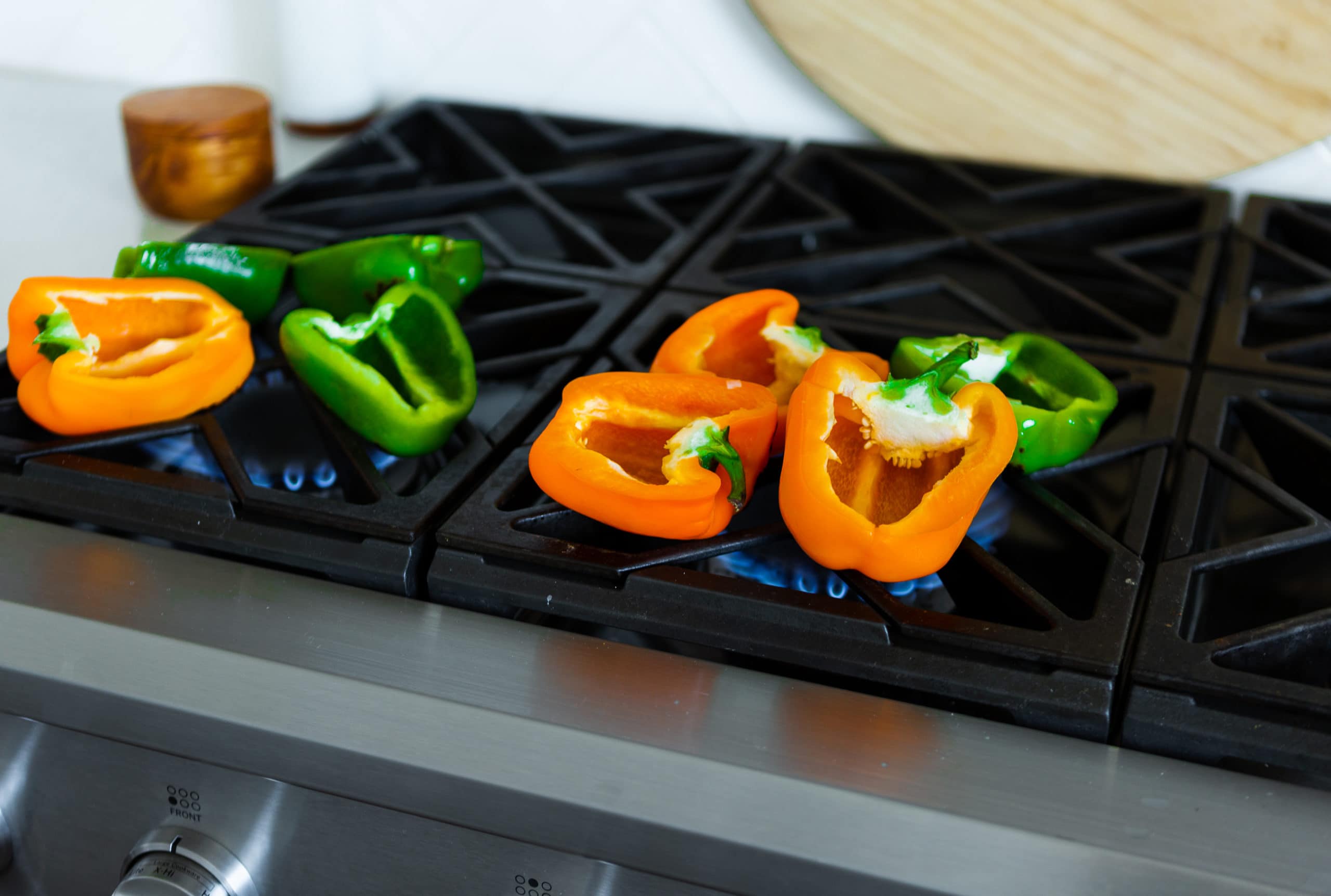 It doesn’t take many ingredients to make this dish, but it has layers of flavor that are divine! You will find the measurements for each ingredient in the recipe card at the end of this post. Here is what you will need: 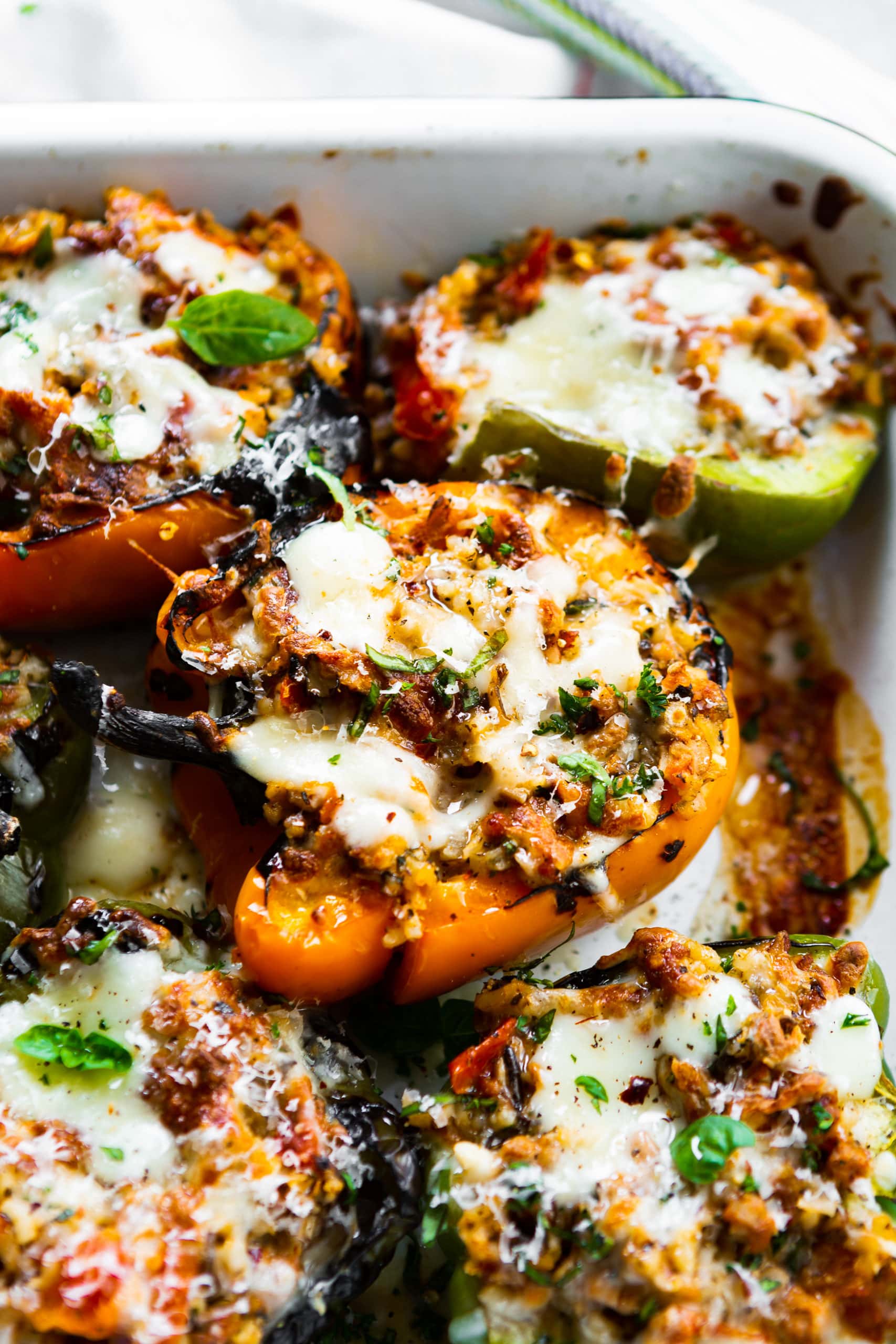 Which Peppers Can I Use?

Stuffed peppers were all the rage years and years ago but I haven’t been seeing recipes lately and so I wanted to bring back an old favorite. It’s a great way to eat a little lighter during the summer and those peppers getting all roasted and tender bring so much flavor without all the fussy work.

Do Green Bell Peppers Have A Different Flavor Than Red?

Green peppers tend to be a little bitter, but bell peppers sweeten as they ripen. A red bell pepper is much sweeter than a green bell pepper. 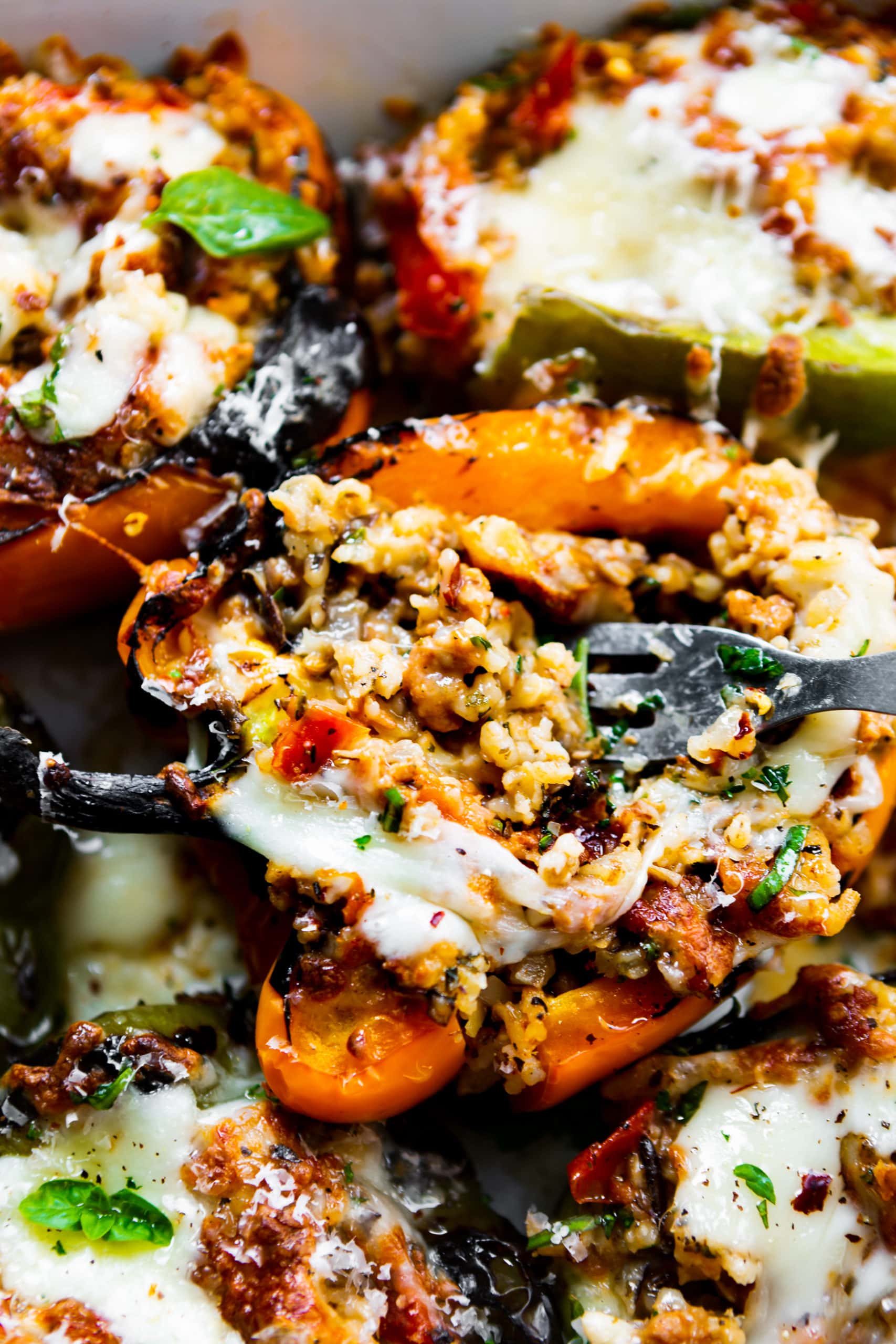 All rice consists almost entirely of carbs, with small amounts of protein and practically no fat.

Brown rice is usually considered much healthier than white, because it is a whole grain that contains the bran and germ.

Most of the nutrients in rice is contained in the bran and the germ.

Stuffed peppers can be totally flexible depending on what your family loves. You can swap out ingredients or add other vegetables. Here are some ideas:

If you consider yourself a stuffed peppers hater like I once was, then I challenge you to make this stuffed peppers recipe and try them again. I’m on a mission to make lovers out of everyone! Oh, and char the pepper first…you’re going to love the extra flavor it adds! 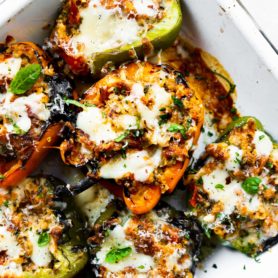 *1 can fire roasted tomatoes (drained) can be used.
**If you want some extra flavor, char the peppers before stuffing them.

* Percent Daily Values are based on a 2000 calorie diet.

REMEMBER TO SUBSCRIBE TO our FREE Oh Sweet Basil NEWSLETTER AND RECEIVE EASY RECIPES DELIVERED INTO YOUR INBOX EVERY DAY!